I don't like Clinton much. She's spent far too much time rubbing elbows with the rich to do anything for the rest of us. If she ever was liberal, she has new sponsors now.


*
I don't care for Drumpf. People mistake his brashness for a leadership quality, and that's scary. 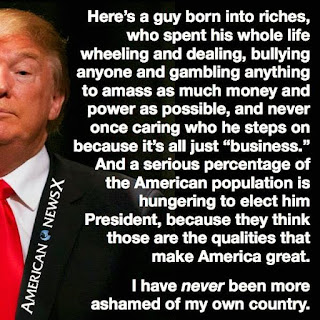 *
I don't care for Gary Johnson because libertarians want to shrink the government, which is exactly what corporate America wants, and why the Tea Party got corporate sponsorship and rose to power in the 2010 midterm.


*
I agree with much of what Jill Stein says, but she will have zero clout to get any of her policies implemented.

There is no way we're going to up and close all foreign military bases. In fact, in that same town hall conversation on CNN (see below), she said if some of the bases are doing good things, she'd leave them open, which is quite a hedge.

No way congress will approve buying and forgiving all student debt, and certainly no way the Fed will do it voluntarily.

I agree that if we can find money to pay for wars in Iraq and Afghanistan, and to buy up the "troubled assets" created by the banks, we can find the money to release people from the burden of debt, but unless we can get big money out of politics first, it isn't going to happen.

But even if everyone voted Green, there simply aren't enough Greens running for office to put a dent in Republican or Democrat control of either house, state or federal. Unless the Greens begin running for office in numbers to rival Democrats and Republicans, they will accomplish nothing. That's why nobody votes for them--not because they are unelectable, but because there aren't enough of them to make a difference.

I would love to see a new political party come into power and change things, but until the Greens become a party large enough to take control of a house or senate, it won't happen. Too many other politicians have taken money from corporations for Green party congresspersons (or presidents, or governors) to get sponsorships or votes for any bills they propose.

I wanted Bernie. His ideas were doable within our current system. Jill is not Bernie. 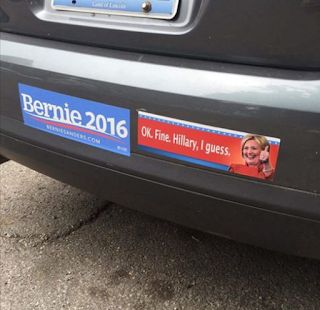