Video Games That Made Me Cry

First time was at the end of a game called

This is an obscure title nobody heard of at the time because it didn't get a lot of publicity. Released in 1998, it was in essence a game-length quicktime movie. It's very much a Myst-style adventure game ahead of its time with 360-degree panoramas and smooth transitions between nodes. 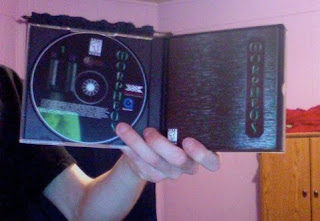 The story is pretty complicated. I had to write down all the character names and identities to keep their roles straight. You play a man stranded in the arctic who comes across an abandoned ship during a storm. Desperate for shelter, you search for a way inside. But this ship is here for a sinister reason, and it has everything to do with who these people are and how they relate to each other.

The mystery is engrossing. The acting is quite good for a game, too. Sure the graphics are a little pixelated, but that's easy to ignore because everything is so well-done. The puzzles are entirely logical. They're solved not with inventory, but by clues taken from your environment, and nothing is unfair if you pay attention to the game's logic.

The ending made me cry. It's a dreamy, cinematic ending that stuck with me for days after I finished. To this day I still remember how profoundly subtle it is. It makes sense if you think about it, and I caught the clues right away. It's a shame the company who made it went out of business. This game deserves to be remembered.

I'm a huge Myst fan. Myst 1 through 4 are the best examples of what an adventure game should be, and nobody has succeeded in topping it. (Just forget Myst 5.)

The reason the Myst series worked so well is because it makes the player part of a family. Somehow Rand Miller's acting pulls off the warm feeling we get when conversing with an uncle we haven't seen in years, and every word he says reminds us of the good times we had. He respects us for everything we did, and we earned the privilege of being the son (or daughter) he never had. It's this subliminal connection with the characters in Myst that makes it so unique. No other game, or series, succeeds in putting the player into an environment so well.

It culminates in Myst IV: Revelation. Atrus' daughter is missing, and somehow his sons are to blame. FIguring out what happened and how to stop it is tough, but nothing is unfair or illogical. The puzzles are legitimate (even if they are a bit too elaborate in a few places), the scenery is beautiful, and Peter Gabriel himself voices a character! Sweet!

The game is still a point-and-click slideshow, but it's rendered in such a way that it looks like you're in a living, breathing place. They're not just static frames. Everything moves, everything is touchable, and there's something to look at in every node. It's an incredible milestone of the genre. These days everyone's going for 3D environments, but if this is the last hurrah of the point-and-click style, I'm glad it could go out with a bang that would make any 3D game envious.

The acting is uneven, but forgivable. At the end, if you've played the rest of the series, you are rewarded with a conclusion you've been waiting for since game 1. The emotion comes from the attachment to the characters, and the sense that you are part of the family. I felt genuine loss, and I'm not ashamed to admit I shed a few tears because I felt for Atrus. I really did.

The first game is incredible. It not only introduced players to a whole new kind of gameplay, but featured some of the best-written dialogue I've ever heard. It's so rare to find a game with good writing. it's the nature of the industry: game companies are busy making games, not writing dialogue or telling a good story. Portal did both, and it was such a remarkable achievement. Portal 2 was inevitable.

They continued the story, picking up more or less where the first game left off. I love how it turned out, the story, the characters, the finale! Again, Valve wrote top-notch dialogue not just for GLaDOS, but every character. I laughed while playing this game as much as I laughed playing the first. Especially the line, "I'm a potato."

I love GLaDOS’ character change when the Caroline memories wake up. She becomes an endearing character, and it was so interesting to watch her evolve right in front of me. I got to like GLaDOS as an ally. Too bad she’s still a bitch in the end, but I wouldn’t have wanted it any other way.

You're not likely to die a lot in the game, but that's not the point. It takes real, deep thought to get through each level. The final battle also takes a great deal of thought, but it's perfectly logical and downright suspenseful. Yes, even the player's final action is perfectly logical. It's mentioned earlier in the game, so it makes sense and it's a freakin hilarious twist.

But what made me cry was the ending. The closing cinematic featuring GLaDOS' last words to the player, and the turret opera. It's a beautiful touch. Everything in the game is so good it overwhelmed me. Things of great quality should move us to tears, and I'm happy Portal 2's ending was that good. 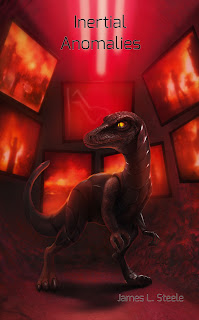