My review of Armikrog. reminded me I never posted a review of Jurassic Park on Sega CD. I didn't post it then because at the time I figured who cares what I think of a game nobody played on a system nobody owned. I still think that, but since there's no writing news, why not ramble on about it.

Jurassic Park on Sega CD is among the worst kind of adventure games. I can't bash it for not learning from Myst, since the game came out the same year, before Cyan taught everyone how to make an adventure game.

Objects are scattered around in dumb places. Random objects are needed to interact with random areas. Areas you can go look like places you can't go, and areas that look like you should be able to go to are unreachable. Action sequences are unintuitive and unresponsive. Death is around every corner, and frequent death sends you back to the visitor's center, forcing you to grind through many portions of the game multiple times.

And the game is on a fucking time limit!

The transitions between nodes, and the panoramic view at each node, are cool. Ahead of their time, certainly, but the same attention to detail was not applied to the dinosaurs. The sprites are laughably childish when compared to the dinosaur sprites in, say, the Sega Genesis game. 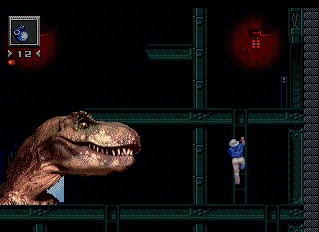 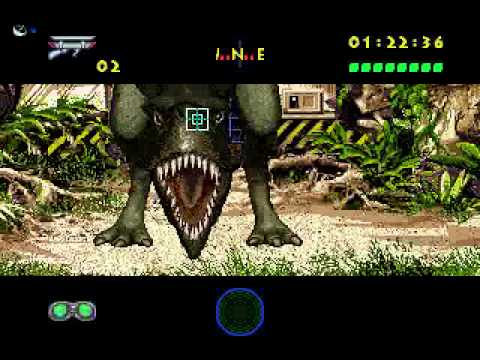 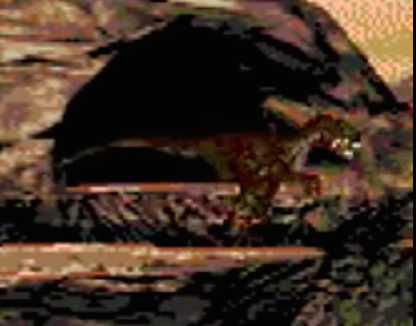 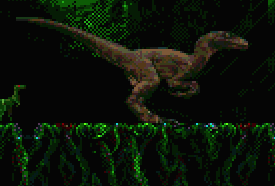 The T-Rex sequence is maddening because Mr. Bakker gives a very specific hint as to the T-Rex's weak spot in one of the videos (the side of the snout, just under the eye). So naturally I thought the game was telling me to use the crowbar or a rock to hit the T-Rex on the side of the snout when it faces off with me. Since the T-Rex flashes her weak spot at the player several times, it made sense. It's not a hint. Turns out only a charged taser shot to the open mouth works. There is nothing to tell player that the taser--not the gas gun or the tranquilizer--is the only weapon you can use, and that it must be charged. There's nothing in the game to imply the taser can be charged at all! Why give the player clues to follow when you can just make it random.

And that damn wrench... There's nothing to indicate you can reach the backpack. Nothing to hint you have to cut the rope attached to the tree. Hell, you can't look up, so you can't see that the backpack is held up by that rope! Too many leaps of logic, not enough insights.

It's a shame, because there was good potential for an adventure game on Jurassic Park. The environment is pretty good, and the CD soundtrack is outstanding. The real nature sounds make one feel like one is actually on the island, surrounded by dangerous wildlife. Everything else sucks. It's not fun and it's not a good adventure. Glad I played it at last.
Labels: games jurassic park review Sega