This story was previously published in Tall Tales with Short Cocks, volume 2 in 2012. Very proud of how this story turned out. This is the published text (with a few typos corrected).

The man stood in the middle of the bonsai valley. He was surrounded by miniature redwoods, birch, sycamore, and other species he didn’t recognize, none of them reaching higher than his waist. Between these were even tinier bushes and shrubs. The flowers that grew on them were minuscule to match. He felt like a giant.

The man was bruised, bloody, and caked in mud. He masturbated.

After planting the last of his seed, the man stood there exhausted. He had sown his seed all over the valley and had nothing left to sow. He collapsed and slowly died of starvation, content that he had succeeded. 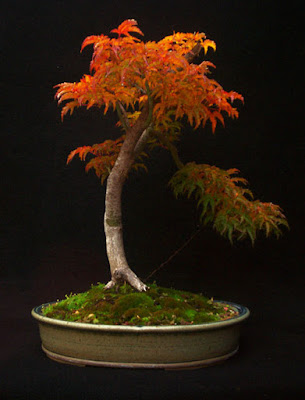 Weeks passed. A single finger sprouted from the dirt. A day or so later, there were fifty fingers poking up from the soil. Within a week, the entire valley was full of wiggling fingers.

A month later the fingers grew into hands. Just a week after that the valley was full of arms up to the elbow. They rotated and bent around, slapping each other over and over again. Some were gentler, more curious, and merely felt the other arms surrounding them.

Shoulders soon began to rise from the dirt. The valley was getting crowded. Arms, elbows, and shoulders continually encroached upon each other. Arms slapped other arms out of the way, but there was nowhere for any of them to go.

This was what researchers refer to as the First Moment of Truth. It always happened at about two months after germination, when overcrowding started to become a problem—some arms figured out how to uproot the others.

Desperate for more growing room, one of the arms grabbed its neighbor and pulled. The other arm struggled and tried to pull back, but its elbow didn’t bend that way and so it was unable to defend itself. The attacker pulled, pulled, and thrashed around until finally it uprooted its neighbor. The roots—spermatozoa planted months ago—dangled freely now, raining pebbles and clods of dirt upon the victor.

Even though it had no eyes, on some instinctual level the aggressor was aware that it now had more room to grow. This was marginally more comfortable than being crowded, and so it sought to continue its expansion. The arm groped around the dirt for other arms, found one, and summarily uprooted it. The neighbors could sense what was happening, prompting them to go on the offensive as well.

After the Moment hit, nothing was ever the same. The serenity of the valley had been forever lost. As individual fingers, or hands, or even arms-up-to-the-elbows, they were peaceful, quiet, and curious. Content to wave fingers in the valley breeze. But when the shoulders started to appear, it was pull or be pulled.

Within hours, the entire valley was full of uprooted arms. Some of them had figured out how to cast the excess away from their personal growing space and were beginning to do so now. What started out as a valley of a couple thousand arms had since dwindled down to possibly a few hundred. The ones who’d managed to clear everything within arm’s reach survived only by remaining beyond the reach of the others.

With more room to grow, the arms grew much faster than before. Just a week after the First Moment, torsos began rising from the dirt. A week later the necks became visible. Then the hips emerged. 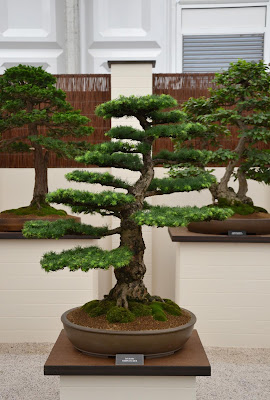 For the next two months, nothing happened. Nothing grew, and the arms barely moved the entire time. They seemed dead, but in reality there was a lot happening beneath the soil.

After lying dormant for two entire months, the arms bloomed once more. At the same time, their heads stirred beneath the surface, twisting around as they struggled to free themselves from the soil. Heaving chests eventually broke through the surface, followed by heads as well. For another week they hung upside-down from their necks, just a few centimeters from the ground.

When their eyes finally opened, the men took their first look around the bonsai valley. They rarely stayed awake for more than a few minutes every day. They were still young and growing and this drained most of their energy. Their days were filled with sleeping, breathing through their single developing lung, and growing.

Little by little they rose from the ground. The rest of their torsos appeared about two weeks after they first opened their eyes. Their slanted bodies began to straighten. A second arm gradually emerged from the soil. Five days later, the men had grown sufficiently to reveal their second elbows.

By this point, both hips were now above ground.

From here they grew quite rapidly, rising inches from the soil each day. Thighs. Knees. Calves. Ankles. Feet. All the while, the men grew more and more conscious, slowly taking in their new surroundings.

Eventually, there came a day when everyone was wide awake. One of the men discovered that he could swivel his hips to turn around and look at things once hidden from view. The others followed suit, and soon the plot contained a dozen naked men swiveling their hips back and forth, turning their heads to see whatever it was behind them. Increasingly they fixed their attention on the others. They watched each other. They took note of what their neighbors were doing.

And then the Second Moment of Truth occurred—one of the men learned that he could move his legs as well. Taking his first step, he broke his roots and freed himself from the soil for good. The others naturally copied his motions, and within a few moments they were all free.

The valley was alive with men milling about, exploring their new powers of bipedal locomotion. They sought out and touched the things they had previously only been able to look at. The bonsai trees and shrubs. The tiny flowers that bloomed on them. The steep canyon walls that confined them to the valley. Each other. They touched each other from time to time, but each man liked having plenty of space around him, and so they kept a wide distance between themselves in the early days after the first steps.

Days passed, and the men began to feel something. It was an urge they had never felt while rooted to the earth—they were hungry. Now that their bodies were separated from the nourishing soil, they had to find other means by which to nourish themselves.

The men began to search for things to eat. First they tried to eat the bonsai plants, but found them unappealing. Then they tried eating the soil, but their stomachs wouldn’t have it. They tried eating the rocks at the canyon walls, but these, too, did not satisfy. Their bodies began to punish them for not eating. The men did not understand this, and soon they became angry, running around, ripping plants from the ground, banging upon the valley’s rock walls. Over time, they began to take their frustrations out on each other.

The first man fell dead from a fatal blow to the gut, rupturing his stomach and sending his heart into cardiac arrest. He lay on the ground, bleeding internally. A few of the men gathered around their fallen brother. They had never observed such a thing before. This man had been moving, only now he was no longer moving. They did not understand what this meant.

Here is where the Third Moment of Truth occurs. Sometimes it takes a few days, other times it takes mere hours after the Second Moment.

One of the men experienced a sudden epiphany. He had tried to eat everything else in the valley—except another man. Now he tried it. The others looked on in horror, but the one who took the first bite immediately recognized nourishment, quieting his body’s cries and calming the pain in his belly.

The others noticed this as well. Now they looked upon each other with something more like suspicion than curiosity. Almost immediately they began to fight, hunger motivating the carnage. Their deaths were agonizingly slow, for the men had no natural weapons and were clumsy and uncoordinated. Only those fortunate enough to take a life survived. Blood was everywhere. Bones, organs, and tough, inedible tissues littered the spaces between the trees and shrubs.

Eventually they began killing each other even though they were no longer hungry. In so doing, they hoped to prevent themselves from being killed later. In a matter of hours, the men had reduced their numbers from hundreds to just a few dozen.

Days later, there were only five left. Their preference for personal space took over once again, and so they hid as far away from each other as the valley would allow. They felt content in their seclusion, but they knew the others were still out there, and they were no longer friends. Covered in blood and viscera, they spent their days anxiously scavenging the bodies in the valley, looking over their shoulders and fleeing from their own shadows. 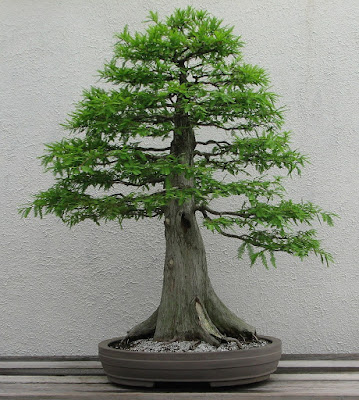 These last few deaths occurred slowly, over a period of weeks, as food became ever more scarce. Over time hunger emboldened the men once again, causing them to clash. They fought until there were only two left.

The two remaining men hid on opposite sides of the valley. They picked the bones clean, licking dried blood and sucking on rotten guts—anything to postpone their inevitable confrontation.

In this case, it happened two weeks after the third-to-last man was killed. The two survivors met. They fought. They were expert killers by now, and knew exactly how to take a life. They never could’ve survived this long otherwise. It was only a matter of which would falter.

One man twisted the other’s neck. It was over in less than a minute.

The final man sat down upon a plot of dirt. He feasted on his fallen opponent’s body for days. Victory was pleasant. Now he had all the space in the valley and nothing could touch him—he had all the growing room to himself. This made him very happy. So happy that a new desire rose within him. A strange feeling in his loins.

The man stood up. He masturbated onto the soil. This gave him enormous satisfaction, so he walked around the entire valley, doing it again and again wherever he went. It took him days to accomplish this feat, but he couldn’t stop himself; the desire was so strong.

The man sowed his seed across the last untouched plot of soil. Completely drained, he lay down upon the ground and slowly starved to death. He died with an enormous feeling of accomplishment. The fallen men had rotted away and replaced the nutrients in the soil. The bonsai plants had completely recovered and were starting to flower again. The valley was ready. He had won.

The beautiful cycle of life.