64.2% of everything Hollywood does is adapted from a book, or short story, or comic. Never settle for an adaptation. Seek the original!

MASH: A Novel About Three Army Doctors
by Richard Hooker

Hawkeye Pierce and Duke Forrest are transferred to the place to care for the wounded of the Korean War. In their tent is Major Jonathan Hobson, who is creepy about praying. Very creepy. So Duke and Hawkeye ask Blake to get rid of him, and get them a chest surgeon while he's at it. They're seeing more chest trauma here than they know how to handle, so they need a specialist.

Blake of course refuses, so Hawkeye and Duke kick the guy out of their tent and into the snow. Blake reads them the riot act, but in the mess hall, Blake is treated to fifteen solid minutes of prayer from this soldier. It annoys him so much he ships the doctor home and manages to get them a chest surgeon. Enter Trapper John, the best chest specialist the Army can get them.

In no time, this trio of doctors forms a club of sorts in the 4077th: The Swamp, because with the booze and gambling, their tent looks like one of those seedy places you have to go to a bog to find.

Such is the first episode. In another, the Catholic chaplain, John Mulcahy, seems to be better at curing near-dead patients than the doctors. For a brief time, patients miraculously get better after Malcahy performs rites. So one day, after a few drinks, the Swampmen decide to give Malcahy a human sacrifice as a thanks offering: the Protestant chaplain, Shaking Sammy.

They bound and gag him, toss him in the middle of a pile of old mattresses and make like they're going to light it on fire. It's all a gag, of course, but it's enough to get the MP's called on them. They weasel their way out of it by pulling rank on the officers, and it's back to patching up the wounded.

Then their resident dentist, "Painless" Waldowski, plans to commit suicide, so the Swampmen set up a mock living funeral for him, complete with placebo suicide pill to hold him over until he comes out of his depression cycle.

Each chapter reads like a self-contained episode. A problem resolved in some sort of comedic manner. With the hell they have to go through, who can blame them? Trapped in the middle of nowhere Korea, faced with death and carnage every day, and having to be the cleanup boys, they gotta let loose somehow.

I confess I could not read this without reading Alan Alda's voice as Pierce, even though in the book he is married with two kids and from Maine, not Boston.

Duke is a bit annoying, not because of anything he does, but because of his use of the word "y'all." It sounds wrong, like the author threw it in there because he didn't know any other way to establish Duke is from Georgia. Just have him say y'all in all the wrong places. It doesn't work, but oh well.

Some of the situations they get themselves into are funny. Apparently the Army assigns someone to inspect the soldiers for venereal disease. Hawkeye and Duke pay someone else to "inspect the weapons" instead. It's great!

But it's a narrative. There's no sense of being there while it's happening. It's a story told instead of shown, which is a bit disappointing because these little episodes could be funnier if they were told while they were happening instead of explained as this happened and that happened. It works well enough, but a lot of humor was lost to me because it was so passive.

The football game lasts two chapters though, and I couldn't follow it because I didn't understand the footballspeak at all. My problem, not the book's.

Tempers run short, people get on their nerves, but they get the job done. It paints quite a picture of what being in a MASH unit was like during the Korean war, and how some people dealt with the stress. It seems made to be a movie and a TV series. 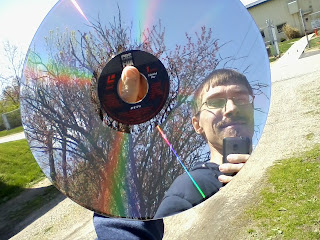 A book that contains such obvious farce comedy is begging to be acted out. Really, Richard Hooker's book has quite a bit of comedy routine that is told instead of presented, and it needs to be acted. What could go wrong when all the material you need is already written and you just have to show it happening? Ugh...

In the first half of the movie our three main characters (Hawkeye, Trapper John, and Duke) act more like middle school bullies than grown men. The jokes they play aren't funny. They're just mean, especially to Captain Burns and Major Houlihan. The book tells us why they deserve to be the target of the Swampmen's pranks, but the movie barely touches on it, so it just looks like the gang is picking on them. It doesn't make them look like good guys at all.

The book is full of deadpan funny dialogue. The movie doesn't do anything with that. It doesn't bother with anyone talking to each other. It's a farce comedy. This wouldn't necessarily be a bad thing. I like farce comedy when it's done well, but MASH? I didn't think it was funny at all.

Even the bits they borrowed directly from the book are not funny, such as the suicide of Painless Waldowski. Reading about his mock funeral and last rites is funnier than watching it, and the reason he wants to commit suicide is more sophisticated in the book than in the movie. In the book, it's just a depression cycle. In the movie, it's because he thinks he's gay. I didn't expect that.

I liked the gag that Painless is the "best equipped" dentist in the Army, and men line up at the tent while Waldowski is showering to glimpse it. That was funny, and it's also in the book. Him thinking he might be gay is a bigger reason to want to end his life, yes, but watching them save his life is not as funny it should be. It's... dull.

Although the story of how Hot-Lips Houlihan got her name is much better in the movie. The soldiers sticking a mic under the bed while Houlihan and Burns are having sex is a much better reason to give her that nickname. In the book, it's not established whether or not they actually had sex; just the suspicion earns her the nickname.

Later, the soldiers want to find out if she's a natural blonde, so they wait until she's in the shower and tear the tent wall away, exposing her naked body to the entire camp. This is a much better reason for her to freak out and threaten to resign. In the book, she does this only because she's tired of being called Hot Lips.

These are the only two improvements on the book's material, but again it just feels mean-spirited because neither Hot Lips nor Captain Burns deserves it. We're told they kinda do, but it's not enough to make the Swampmen seem like heroes dishing out justice. Instead, they look like childish bullies picking on the nerd.

The movie also has a couple plot lines that go nowhere. For example, Pierce gives their Korean tent boy, Ho-Jon, drugs to keep him from being drafted into the military. But the Korean doctors see through it and keep him for more observation. And that's it. That's the last we hear about Ho-Jon!

In the book, that boy is drafted and comes back to the 4077th a few weeks later gravely wounded. The Swampmen patch him up and arrange to get him out of Korea by sending him to college in the states. The movie doesn't go anywhere with this, and there was potential to show how the war affects these people by having Ho-Jon die from his injuries! It would have at least been an attempt!

The whole going to Japan to perform chest surgery on a congressman's son is in the book, too, and it reads exactly like an episode of the MASH TV series. It sounds just like something they would do, go to operate on some kid just to play golf in Japan for a week. You'd think it would be funny to watch it happen. It's not. The story is barely told, the reason they're going there is barely established, so the absurdity of doing it just for golf is lost.

And the football sequence... It lasted long enough in the book, but in the movie it's painfully long and not funny at all.

Something is missing from the film adaptation. There's no sense of knowing these people, and they're not characterized very well. Far be it from me to dislike these actors, but I think the TV series cast portrayed the characters way better than the film cast did.

The movie was popular enough to merit a TV series spinoff. Even though the book and the movie end with Pierce and Duke going home, the series continues as though the movie never really happened. Burns is back in the camp and chaplain John Mulcahy is now named Francis for some reason. There are some new characters, like Klinger, who dresses as a woman trying to get kicked out of the Army. He's not in the book, but the idea of someone trying to get kicked out of the Army just to go home is mentioned in the book.

I can't say anything about the TV series that hasn't already been said a thousand times before. The series does everything the movie does not: humor from dialogue and character interactions, not just broad physical comedy. The series also shows the horrors of war and how it affects the doctors in the 4077th MASH, which gives them a reason to lash out in various, goofy ways.

Alan Alda's portrayal of Captain Pierce is perfect. His deadpan delivery of absurd dialogue matches his voice in the book. The Hawkeye in the movie is so generic he's not even there. Alan Alda's Hawkeye stands out no matter where he is, and that's exactly what he's supposed to do. The Hawkeye in the TV series frequently playacts and dramatizes, like a Shakespearean actor breaking into a huge speech in the middle of normal conversation, which is much more befitting the character than the movie's dry, laid-back depiction. It shows he's compensating for the stress of being a war surgeon. That connection is lost in the movie.

The TV series is the definitive version of the characters. It does what the book does, and what the movie should have, which is show the stress these people are under, and how they handle it by raising hell. The characters interact with one another, they have depth, we see them go through good times as well as tragic times. The movie leaves all of that out and tries to get by with pranks.

The movie's humor is dated, just like its visual style. (Yeah, just keep zoooooooming in on everything.) The series lasted 11 seasons, concluding in 1983, and it's still funny today.

It all started with a book. Check it out sometime, because it reads just like a sequence of TV episodes. Read why it made such a good series.
Labels: MASH seek the original