Spotlight on my short stories

They're easy to lose track of, and I only just now realized how many I have out there. It's time to highlight all of my short stories published so far for those who may have missed them, in no particular order.

First up are the two stories online at The New Flesh. "Cookie" and "Lion in My Bed" are very short stories I wrote before flash fiction even got its name.

View both stories now via: http://newfleshmagazine.blogspot.com/search/label/James%20Steele 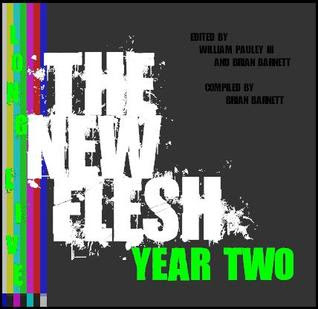 Cookie was inspired by a children's cartoon on Qubo called Dragon. For some reason I was watching it, and it was about Dragon baking Valentine's Day cookies for his friends, but he kept eating them instead. I took the idea and perverted it with some twisted logic. Being an adult is fun. I get to ruin all the kid's stuff now.

Lion in My Bed is a totally bizarre exercise in absurd sleep logic. It's meant to replicate the strange chains of logic I've experienced when half asleep. For example, I remember waking up to my alarm thinking "if I shut my alarm off, I can wake up without all that noise bothering me" and then blissfully went back to sleep. An hour later I woke up again and I'm late for work.

How would the brain react to something as absurd as a lion lying next to you in bed? I think everyone would reach the same conclusion.

Speaking of flash fiction, here's another one, "Sharp Rain."

The challenge was to write a horror story in 100 words or less. I had already written this story years ago. Back then it was about the same length as "Cookie." I modified it for this challenge, and I like the result. It trades the series of events and just cuts straight to the...cutting... 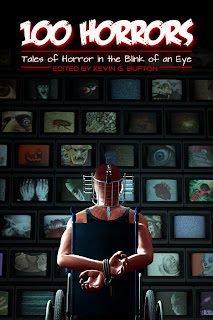 It's based on a little phobia of mine about glass getting stuck in my skin. Splinters, too. This is the ultimate expression of my fear. The collection is coming February 20 available on Amazon! A hundred horror stories all in 100 words or less. This has gotta be worth checking out!

"Don't Feed the Animals" (Amazon link) Now this was a strange story. It was inspired by a youtube video:

When I saw it I thought it was so cool for a fox to do that. From this one little video came the idea of what would happen if the fox kept coming back, wanting food, but the guy resisted because everyone around him kept telling him not to feed the animals (like so many of the comments on his videos). 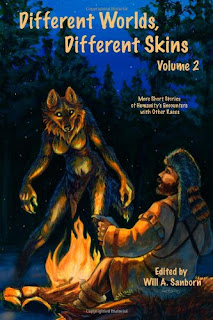 The story is an exercise in brevity and an experiment in technique. I wanted to prove to myself I could tell a story without describing everything to death. I wanted to build a world and tell a story in that world in less than 10,000 words--something I couldn't seem to do without spending 50,000 words on it back then. I still couldn't keep it under 10K words, but I did keep it relatively short considering the enormous amount of world-building I did.

I never knew what to think of it, so I left it alone. I'm still not too clear on what the story is about, but I'm proud to be part of a very solid anthology.

It's early, but I'm introducing an upcoming story right now! "Back Road," coming in May to Allasso volume 2.

Don't let the publisher's name fool you. Allasso is a very mature, sophisticated publication. I was impressed by Volume 1 so I'm proud to be included in the next issue!

Back Road is a very special story because it's the first short story I ever wrote with professional intent. That dates it to around 2003 or so. It was inspired by my own drive down a back road at night after work. A truck ran a stop sign at an intersection and almost hit me. As I followed him I remember thinking I wouldn't be surprised if that truck hit an animal. Then I realized he'd probably be going so fast he wouldn't even stop, and I would see it happen.

Then I thought about the roadkill fox I found on this same stretch of road months before. My mind connected the chain and I cried the whole drive home. As soon as I got home I composed this tale of what I imagined would happen if I witnessed such a tragedy. I cried the whole time I wrote.

Now for my first printed story. It's of similar length to Cookie and Lion in My Bed, inspired by something the kids in my mom's daycare center did.

That winter in Delaware had been very mild, but Colorado had been pancaked in snow, so the kids had the idea that the snowmen were migrating to Colorado to survive the warm winter. It was a fun idea and I'm glad the magazine's editor thought so, too. Very proud to see this little story in print.


Next up is a tiny story I did as a gift to my publisher, "Turtle Juice."

She wrote a Facebook post about turtles the size of grapes. I had to write a story about that. Was a lot of fun, and it was posted to the site on her birthday. I think we should've gotten a collection together inspired by that Facebook post. A dozen stories about grape-sized turtles--different author's takes on the idea. I'd buy it!

Inspired by that old anime called The Little Prince. I don't remember much about it except that the main character has an entire, tiny planet all to himself. For some reason that image captivated me as a kid and has stuck with me all my life. It took many years, but I wrote a story about it. I've been told it's more of a meditation piece than a short story. I still like the result.

Inspired by that old childhood idea of a stuffed animal coming to life, my adult mind took it to the next level. Sleep logic comes into play again. It seems to be a running theme in my work, twisting normal logic into weird shapes.

"Pori" is next, published in ROAR v.3 (amazon link) 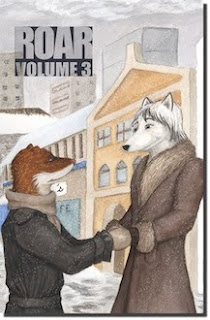 It was inspired by a story my father told me when he was in the Army, training in Panama. While he was sitting on a hill in full camouflage and BDUs, a hungry hummingbird tried to stick its nose down his ear. This story grew around that.

When it comes to religion, there's a fine line between faith and foolishness. (I'm talking to you, all you people who believed that end of the world prediction in May 2011!). I wrote a story about the two extremes meeting, and what would happen if just once the foolish, ridiculous guy at the pulpit was right. 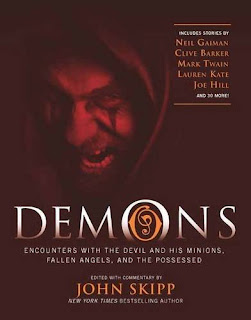 But that's not why I wrote "Empty Church." The real inspiration came out of this overwhelming lack of control of my life, and no matter what I did, I couldn't seem to make a difference. Old friends I made contact with again on Facebook ignored me. Nobody but me seemed to want to keep old ties alive. I felt like I had so much to say, so much to tell people, but nobody was listening. This story illustrates my frustration, and then became something more.

Very proud to be part of such a high-profile collection.


That's my short story bibliography so far! More to come in the future!

As a bonus, I want to tell everyone how good it feels to leave an impression on CCLaP. My novel, Felix and the Sacred Thor, made the list for one of the best experimental books of 2011.

And then speaking of gonzo literature (aka "bizarro," aka "strange"), here's a great example of the other major type of novel in that genre, out-and-out fairytales for grown-ups which start like a bad dream and just get weirder from even there. It's deliberately difficult to give a plot recap for a book like this, so I won't even try -- suffice to say that the "Sacred Thor" in question here turns out to be a giant bright-green sex toy imbued with mystical powers, bestowed by an obscure god to a professional horse-masturbator for the purpose of saving the world, which gets us to around page ten -- this is for those who otherwise enjoy things like Juggalos and 4chan (either legitimately or ironically, or perhaps a bit of both), but who still manage to have at least a little self-respect as far as demanding intelligence from their ridiculously obtuse and sexually childish creative projects.