I seem to post about games a lot, and yet this is an author's blog... I guess that means I should write about books from time to time, so here's my

When We Were Real
by William Barton

Not every book that changed my life has been a good one. This book scared me away from writing about sex, or even mentioning it in my stories, for years! There's so much tasteless sex in this book it convinced me to avoid the topic at all costs. It took me a long time to get over this fear. Many more books to convince me that it is possible to handle it in a tasteful way.

...then I wrote Felix and the Sacred Thor... 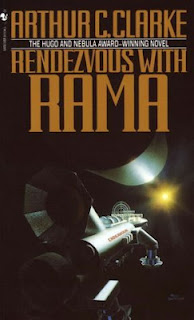 One of the first books I ever read that left me breathless with wonder. Clarke has this way of describing the environment and technology that makes them seem more real than the people who inhabit his books. So real I was there, and the images stuck with me for years. Rendezvous with RAMA in particular is his most vivid, and it certainly affected how I approach description. I became obsessed with building my environments to be this real as well, and Clarke showed me how it was done. 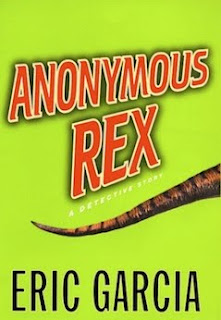 Up until I read this book, most of my writing was very formal. I was taking after Arthur C. Clarke and trying very hard to write professionally. Eric Garcia's Anonymous Rex showed me a serious, professional story can be told with informal, witty prose. Another effect it had on me was showing it is possible to write about sex tastefully. Lessons I never forgot.

Had the same effect on me as Rendezvous with RAMA, but for the opposite reason. There's nothing visual about Timeline. I read the book unable to see a damn thing, and this scared me. I became paranoid that my writing was turning out this way, too, so I began describing everything in such vivid detail the reader would have no choice but to see it! I wanted to make sure readers understood what I meant--to see what I was seeing--to avoid the same fate Timeline met. It affected me for years and I probably went too far with this in my early works.

The Hitchhiker's Guide to the Galaxy
by Douglas Adams

The second book I read that made me laugh and opened my eyes to what's possible in storytelling through absurdity and humor...and also seriousness. Adams showed me you don't always need eloquent descriptions to help the reader see what's going on. The original book has a very radio-play feel to it, often using dialogue to set up a scene and describe what's happening. It's very sparse, and seeing this technique work convinced me good books don't have to be descriptive to draw a reader in. You don't have to describe everything to death for readers to understand.

I don't have enough good to say about this series. It's so rare a storyverse draws me in so completely, and here I am nearly ten years after I read the books still talking about them. How do you help a reader understand an alien species? By introducing the reader to a different set of morals, laws and conventions in a way that they make sense in the context of their society. This has the side effect of helping us to understand our own. Yup, this is how it's done.

A book that truly opened my eyes to what is possible in writing: the impossible. It takes place in an impossible, distorted world, filled with impossible characters doing impossible things. It uses absurdity to tell a logical story. I get the feeling there's some kind of sinister scaffolding holding the story up beneath all the surrealism. Seeing this in action broadened my mind and freed up stories that otherwise would never have found release. Dr. Identity gave me permission to be weird.

Alice in Wonderland / Through the Looking Glass
by Lewis Carroll 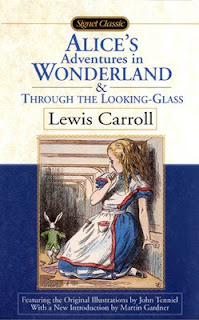 The first book I read that made me laugh out loud. It was so inspiring I actually took the time to stop and figure out how to sing the various songs in it. Then I wrote songs of my own! I never had an urge to write songs until then, and I haven't since, and it was so magical to see it coming from me. It was the first time I became aware of just how much of an influence reading has on a writer. Whatever you put in your mind is what comes out. This is scary, and since then I have gone out of my way to read a broad spectrum of books on a broad range of topics because I want my writing to be influenced by that. 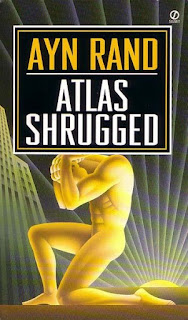 While it is a painful read, it has changed my perspective on life. From a storytelling perspective it is everything a writer should avoid: heavy-handed moralizing, preaching, straw man arguments, Mary Sue characters, soap opera drama...

Before I read this book, whenever I heard someone say that taxes are theft at "gunpoint", or people are using the government to "take the product of their labor and give it to people who did not earn it", none of it made sense to me. Now all I hear is quotes from Ayn Rand thrown around like Bible verses.

I'm so glad I read it because now I have a greater understanding of the two prevalent philosophies competing with one another in the United States, one that advocates individualism is what makes America great, and the other pushing for cooperation. I only recognized the debate itself, and the differences between the two sides, thanks to Atlas Shrugged. The book taught me that one should never shut out someone else's point of view, for understanding theirs will help you understand yours. 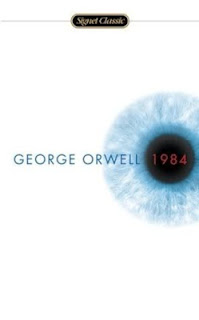 It didn't fill my head with paranoia. It filled my head with wonder and clarity. The ultimate totalitarian regime. Unrealistic? Sure it is, but the book shows how things work and why they work so clearly that it is believable on its terms. It is the finest example of worldbuilding I know. It uses everything to set up the world: dialogue, character actions, narration, events, flat out explanation, and they work together so vividly. This is the book that gave me something to shoot for. To be breathtaking, terrifying, wonderful and so full of scope you can't help but see everything, even the things that are not shown. It is the book that made me say, yeah, that's what I wanna do.
Labels: book writing