Roommate binge-watched every available episode of Doctor Who from 2005 to the present. I watched some of it with him; caught a lot of episodes I’d missed, including some Peter Capaldi and Jodi Whittaker episodes. A previous roommate had introduced me to the show in 2007, and I found it a breath of fresh air. It was high concept sci-fi, but it was fun. Didn’t take itself too seriously but also knew how to handle heavy drama and tragedy. I followed the show until the end of the Matt Smith years, then I lost interest.

I was curious why I haven’t heard anything about the series since the thirteenth Doctor took over, and now I think I have an idea. I’m seeing a lot of criticisms but no defenses since... really, since Matt Smith left, but even during the Capaldi years I heard people talking about the show. Nothing since Capaldi left. 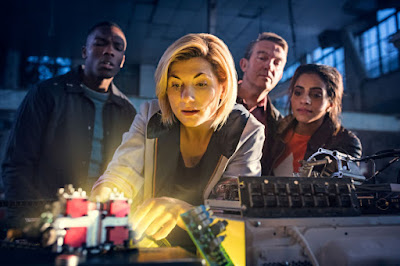 I wanted the Doctor to regenerate as a woman. Really, I did. There’s no reason for it not to happen. Jodi is fine, but I think I agree with the consensus that the writing is weak. Very weak.

First, her companions. Three of them. An entourage now. In the episodes I watched, they need things explained to them constantly, and they pretty much just stand around slack-jawed while the Doctor does stuff. None of them has a character arc other than “you didn’t show up for mum’s funeral, but I just decided I love you after all, dad,” or “you killed my wife, but I won’t kill you out of revenge because I am the better man.” (That doesn’t make him the better man. The villain didn’t run a red light and accidentally kill his wife; he’s a genocidal maniac so not killing him makes the guy look stupid because he’s giving this maniac a chance to return and kill more people!) Very basic, cliched character arcs, the kind you’d see in a police procedural like Law and Order. Compare that to Amy Pond, and the crack in the universe following her no matter where she goes. She had an interesting, out of this world arc—a puzzle that lasted all season. Everybody else’s arcs are barely worth mentioning. 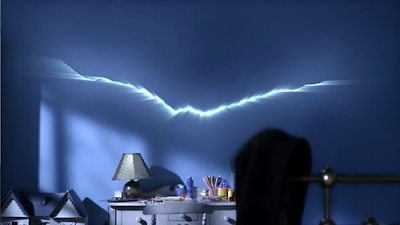 The Doctor’s current companions are just blocks of wood. They don’t have any kind of development or identity. They just say huh whenever the Doctor speaks, and she has to explain things to them every freakin time. Her companions don’t even talk to each other much. They have no chemistry, identity, or interaction. Compare that to Donna, or Rose, or Clara. While they were often damsels in distress, by their last appearances, they had gained experience and knew how to do things on their own. Even Rory progressed! Not so for these bunch of idiots. They haven’t developed at all, and we’re two series in.

If you want to see this in action, watch Fugitive Of The Judoon. Captain Jack is in the same room with the Doctor’s new companions, and the contrast between the previous showrunner/writers and the new is on full display. Captain Jack is flamboyant and energetic while the Doctor’s current companions stand straight as poles and need things explained to them. It’s as if the actors are afraid to perform, making John Barrowman’s performance look so out of place.

I’m cool with environmental messages, but wow some of these episodes beat you in the face with it. Praxeus is so convoluted. It tries to make a statement about the plastic pollution, but there were far better ways to do it. Why does it have to be super complicated with some alien plot to find a cure and a crashed spaceship? Feels written that way just to give her numerous companions separate things to do. With fewer companions, the whole story could have been streamlined and focused. Why not just an alien bacteria starts eating plastic, and the waste the bacteria leaves behind is worse than the plastic in the ocean? Much simpler than this bacteria getting into birds and making them swarm and attack, and some kind of infection getting into humans and turning them into stone before they explode for some reason, and the Doctor has to explain why humans explode but the aliens do not when infected with it and, and, and why are the aliens infected with it? Is plastic in their blood, too? How does this work? It’s so complicated the Doctor has to infodump at every step, and, really, her companions don’t know what a pathogen is? They need that explained?

I’m glad they aren’t doing the zombie/hoard type enemies as much (which was a big fault of the revived series), but this is dull compared to previous series. Even the story arcs are weak, and they haven’t met anyone particularly memorable.

Yes, let’s talk about the humor. Doctor Who has always had a special way of treating serious situations with levity. The Doctor is eccentric, and watching his/her companions learn how to deal with that makes them funny, too. The joy of the show is being able to switch from comedy to drama to tragedy in the span of a single breath. Since the new writers took over, the humor has been flat and contrived. Watch the banter at the end of Praxeus. It’s not even sitcom quality. Oh yeah, and nearly every episode ends with “so what will you do now?” It’s as predictable as House MD ending an episode with a music montage. 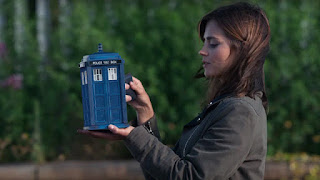 As late as the Capaldi years, the show made me laugh. Watching the Tardis shrink down to the size of an action figure, and Clara carrying it around in a handbag was great! And the Doctor reaches out and moves it by walking his fingers. A serious situation treated with levity, and the Doctor’s companion holds her own and proves she has learned something from traveling with the Doctor for so long. That kind of humor and character development and high-concept situation is gone since the new writers took over. The atmosphere of the series has indeed changed, and it makes the aforementioned Captain Jack’s humor even more out of place.

The final piece: The Timeless Children messes with established show lore and completely changes who the Doctor is—changes the character audiences have grown to love for decades. All a lie in this new continuity. I empathize. People fucking with a show’s lore is why I gave up on Star Trek. The direction the new writers are taking it doesn't appeal to me. It’s a bit much to expect consistency in a storyverse spanning 50+ years, but some changes break the very things that allowed the storyverse to endure so long.

It’s really hard to get past the misogynist rants and find good critique, but I can tell why people are losing interest in the series. It is not the same show it was when my roommate introduced me to it in 2007. 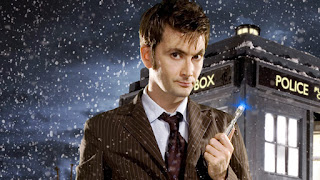